Read More
Having established himself as a compelling filmmaker in his native Mexico, director Alfonso Cuarón came to international attention with his hit, "Love in the Time of Hysteria" ("Solo Con Tu Pareja") (1991), which opened up the doors of Hollywood. His inventive romantic comedy led famed producer and director Sydney Pollack to hire Cuarón to direct an episode of his noir anthology series, ...

Having established himself as a compelling filmmaker in his native Mexico, director Alfonso Cuarón came to international attention with his hit, "Love in the Time of Hysteria" ("Solo Con Tu Pareja") (1991), which opened up the doors of Hollywood. His inventive romantic comedy led famed producer and director Sydney Pollack to hire Cuarón to direct an episode of his noir anthology series, "Fallen Angels" (Showtime, 1993-95). Soon it was a quick jump to his first American feature, "The Little Princess" (1995), which earned the praise of critics, but failed to become a box office success. Following the box office failure of his next film, a contemporary adaptation of Charles Dickens' "Great Expectation" (1997), Cuarón returned to Mexico to direct the funny, politically conscious and unabashedly sexual "Y tu mamá también" ("And Your Mother, Too") (2001), which propelled him to the upper tier of international filmmakers. Though graphic in its depiction of sexuality, the film nonetheless led to Cuarón's next job, directing "Harry Potter and the Prisoner of Azkaban" (2004), one of the darker and more thrilling films in the successful franchise. Cuarón then helmed perhaps his finest work, "Children of Men" (2006), a dystopian science fiction thriller that garnered widespread acclaim and turned the director into a household name.

Born on Nov. 28, 1961 in Mexico City, Mexico, Cuarón was the son of Alfredo Cuarón, a nuclear scientist who worked for the United Nations' International Atomic Energy Agency and who left the family when his children were young. Cuarón grew up an avid film watcher, which led to studying both cinema and philosophy at the National Autonomous University of Mexico before moving on to learn film at the Centro Universitario de Estudios Cinematográficos in Mexico City. But because he directed his first short film, "Vengeance Is Mine," in English, Cuarón was summarily kicked out of film school. He picked himself up by working as a technician in television, while also serving as an assistant director on many English-language films shot in Mexico and Latin America, including on Luis Mandoki's docudrama "Gaby-A Love Story" (1987) and the same biopic "Romero" (1989), starring Raul Julia as the doomed Archbishop Oscar Romero. Cuarón made the transition to feature film director with "Love in the Time of Hysteria" ("Solo Con Tu Pareja") (1991), an inventive romantic comedy about a young man (Giménez Cacho) misdiagnosed with AIDS by a jilted lover (Dobrina Liubomirova), who contemplates suicide, only to fall for a flight attendant (Claudia Ramírez) also looking to end her life.

Written with his brother, Carlos Cuarón, "Love in the Time of Hysteria" was refused distribution by the Mexican government, but found life on the international film festival circuit, where it eventually caught Hollywood's attention. Director-producer Sydney Pollack took special notice and brought Cuarón to the United States in order for him to helm an episode of his noir anthology series, "Fallen Angels" (Showtime, 1993-95), which earned him a CableACE Award for his work. Moving on to features, Cuarón directed "The Little Princess" (1995), a critically-acclaimed box office failure that was the third go-around for the Frances Hodgson Burnett story. First shot in 1917 as a silent starring Mary Pickford and remade as a Shirley Temple vehicle in 1939, the story centered on a young girl of privilege (Liesel Matthews) forced into servitude at an austere boarding school as she searches for her lost father. Critics championed Cuarón's film, a beautifully-photographed and stylized version that captured the charm and grace of the original story while adding its own dose of unflinching realism. Warner Brothers attempted to garner audience support by re-releasing the film after its initial theatrical run, but audiences stayed away. At year's end, however, Cuarón was cited by the Los Angeles Film Critics for his efforts.

For his follow-up to "A Little Princess," Cuarón directed "Great Expectations" (1997), a modern update of the Dickens classic set in a Florida fishing village and New York art's scene. Still a tale of a young man making his way in the world, the film starred Ethan Hawke, Robert De Niro and Gwyneth Paltrow, but was met with mixed reviews and a mediocre box office performance. With his next project, Cuarón at last found serious acclaim and popularity with the release of "Y tu mamá también" ("And Your Mother Too") (2001), the frank and funny portrayal of two adolescent boys (Diego Luna and Gael García Bernal) and their road trip with an older woman (Maribel Verdú) that turned into an runaway international success. The film was an intoxicating mix of road comedy, sex romp and socially aware drama that seemed to flow on the screen and sweep audiences away. Although the film was met with some controversy over its graphic sex scenes, the overwhelming response was positive. Cuarón had captured the passion of youth and showed it to audiences in an authentically tender, albeit raw, way. Perhaps treading into the wild and isolated land of his native Mexico allowed Cuarón to find this charmingly honest story of the unspoiled hearts of two boys before they become men.

The success of "Y tu mamá también" led Cuarón to a seemingly unlikely and far more commercial project, helming "Harry Potter and the Prisoner of Azkaban" (2004), the third film installment of the popular J.K. Rowling series. While Cuarón demonstrated a potent sense of visual flair and brought a welcome element of darkness to the franchise, the film - like its predecessors - still suffered from an understandable unwillingness to stray too far from the source material, leading to a certain sense of over-caution. Nonetheless, "The Prisoner of Azkaban" was another in a long line of box office successes for the franchise, taking in close to $800 million worldwide. Prior to "Harry Potter" being made and "Y tu mamá también" being released, Cuarón was approached by producers Hilary Schor and Marc Abraham, who had acquired the rights to author P.D. James' 1992 dystopian novel, Children of Men. Though Cuarón was interested, Universal Pictures lacked enthusiasm, perhaps due in part to the events of September 11, 2001; at the time, studios were highly reluctant to produce bleak films about the end of human civilization. Ultimately, Cuarón went on to direct "Harry Potter," promising Schor he would return.

Cuarón stayed true to his word, returning from England with renewed perspective and the clout of a hit director. He and writing partner Timothy Sexton set out to work on the script, infusing current events like the war in Iraq, torturing prisoners, and illegal immigration into a framework that transformed James' meditation on the loss of hope into a hyperkinetic mix of chaos, martial law and the collapsing of a not-too-futuristic society. Cuarón and Sexton developed not a science fiction story, but a "movie about the state of things," which reflected the failings of humanity and people's lack of historical perspective. "Children of Men" (2006) starred Clive Owen as Theo, a former political activist-turned-bureaucrat and Julianne Moore as his former love, who convinces him to help transport a young woman (Claire-Hope Ashitey) pregnant with the world's only child after civilization has long been infertile to safety. While box office success remained elusive, "Children of Men" roused critics, many of whom called it the best film of 2006, and it became a favorite among film buffs for several high-impact tracking shots that were long talked about following the film's release. The Academy Awards failed to nominate the film for Best Picture, though Cuarón did receive a nod for Best Adapted Screenplay. After producing friend Guillermo del Toro's hit "Pan's Labyrinth" (2006), he formed the independent production company Cha Cha Cha with fellow Mexican-born filmmakers del Toro and director Alejandro Gonzáles Iñárritu, which was set to finance five films for a total budget of $100 million, including Iñárritu's "Biutiful" (2010).

Cuarón's next film, "Gravity" (2013), was a technological breakthrough, using innovative camera techniques to film stars Sandra Bullock and George Clooney as astronauts stranded in outer space. The script, by Cuarón and his son Jonas, was equally acclaimed. A massive commercial success, "Gravity" was nominated for 10 Academy Awards and won seven, including Best Director for Cuarón.

Jump Tomorrow (2001)
Special Thanks To

Made first feature, a comedy about AIDS, "Solo Con Tu Pareja/Love in the Time of Hysteria"

Co-wrote (with brother Carlos) and directed "Y Tu Mama Tambien/And Your Mother Too", first Spanish-language film in more than a decade; received nominations for a BAFTA for for Best Screenplay (Original) and an Oscar nomination for Original Screenplay

Directed the third film in the successful Harry Potter series, "Harry Potter and the Prisoner of Azkaban"

Helmed the futuristic tale "The Children of Men" an adaptation of the P.D. James novel; earned Oscar nominations for Best Adapted Screenplay and Best Film Editing

Under the newly formed independent production co., signed a deal with Universal's Focus Features to finance and co-own five movies, which will have a combined budget of around $100 million

Directed the documentary short "The Possibility of Hope" 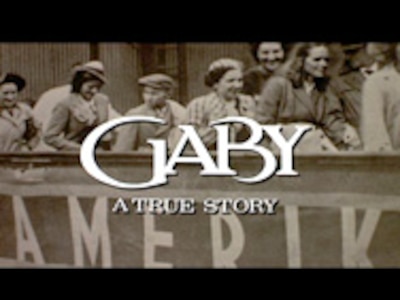 Sign Up now to stay up to date with all of the latest news from TCM.

Your Browser is Not Supported

To view this content, please use one of the following compatible browsers: